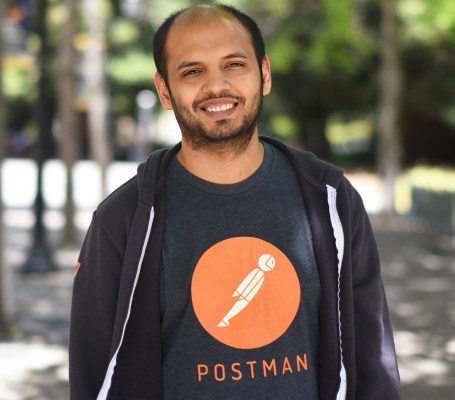 APIs provide a way to build connections to a set of disparate applications and data sources, and can help simplify a lot of the complex integration issues companies face. Postman has built an enterprise API platform and today it got rewarded with a $150 million Series C investment on a whopping $2 billion valuation — all during a pandemic.

Insight Partners led the round with help from existing investors CRV and Nexus Venture Partners. Today’s investment brings the total raised to $207 million, according to the company. That includes a $50 million Series B from a year ago, making it $200 million raised in just a year. That’s a lot of cash.

Abhinav Asthana, CEO and co-founder at Postman, says that what’s attracting all that dough is an end-to-end platform for building APIs. “We help developers, QA, DevOps — anybody who is in the business of building APIs — work on the same platform. They can use our tools for designing, documentation, testing and monitoring to build high quality APIs, and they do that faster.” Asthana told TechCrunch.

He says that he was not actively looking for funding before this round came together. In fact, he says that investors approached him after the pandemic shut everything down in California in March, and he sees it as a form of validation for the startup.

“We think it shows the strength of the company. We have phenomenal adoption across developers and enterprises and the pandemic has [not had much of an impact on us]. The company has been receiving crazy inbound interest [from investors],” he said.

He didn’t want to touch the question of going public just yet, but he feels the hefty valuation sends a message to the market that this is a solid company that is going to be around for the long term.

Jeff Horing, co-founder and managing director at lead investor Insight Partners certainly sees it that way. “The combination of the market opportunity, the management team and Postman’s proven track record of success shows that they are ready to become the software industry’s next great success,” he said in a statement.

Today the company has around 250 employees divided between the US and Bangalore in India, and he sees doubling that number in the next year. One thing the pandemic has shown him is that his employees can work from anywhere and he intends to hire people across the world to take advantage of the most diverse talent pool possible.

“Looking for diverse talent as part of our large community as we build this workforce up is going to be a key way in which we want to solve this. Along with that, we are bringing people from diverse communities into our events and making sure that we are constantly in touch with those communities, which should help us build up a very strong diverse kind of hiring function,” he said.

He added, “We want to be deliberate about that, and over the coming months we will also shed more light on what specifically we are doing.”