In addition to the MacBook Air, Apple also introduced a new Mac Mini. It runs Apple’s first custom chipset specifically designed for Mac computers, the M1. It still features the same familiar design, but it now uses an Arm-based chip.

“If you compare a Mac mini to the top-selling desktop in this price range, the Mini is one-tenth its size and yet it’s up to five times faster,” Hardware Engineering Senior Manager Julie Broms said.

The M1 features four high-performance cores and four high-efficiency cores. It uses a 5nm process. There are eight GPU cores with 128 execution units, which should lead to peak performance of 2.6 teraflops. There is also Apple’s neural engine for machine learning tasks.

At the back of the device, you’ll find an Ethernet port, two Thunderbolt/USB4 ports that support a 6K display, an HDMI 2.0 port, two USB A ports and a 3.5mm headphone port.

Pricing starts at $699 and the new Mac Mini will be available next week. 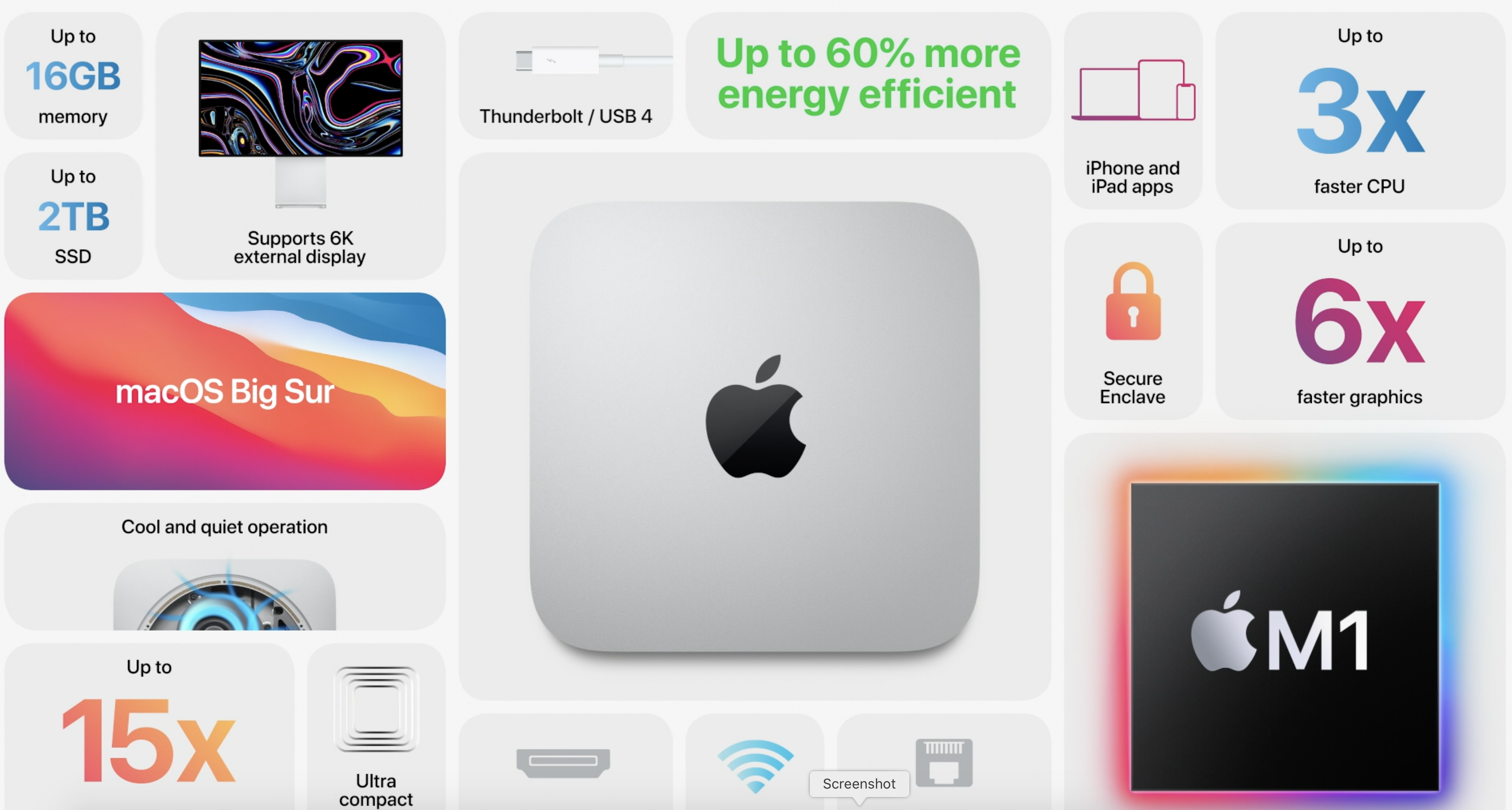