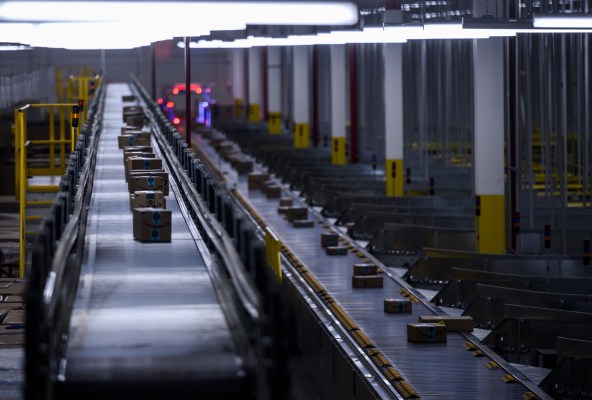 Deliverr doesn’t own a warehouse or a delivery truck, but the startup is helping e-commerce companies not named Amazon achieve Amazon-like two-day shipping. The startup does it with intelligent algorithms, and today it announced a $40 million Series C investment.

Activant Capital led the round. Other investors in the company include 8VC, GLP and Flexport founder and CEO Ryan Peterson. The company reports it has raised a total of $70 million.

“What we enable a merchant to do is offer free two-day delivery anywhere they sell, whether it’s Walmart, eBay, even Amazon, because we integrate into Prime or their own website,” Deliverr CEO and co-founder Michael Krakaris told TechCrunch. They also added a recent program for merchants who want next-day delivery.

The question is, how do they do this without owning a single warehouse or a single delivery truck? Krakaris says he cut his teeth at Twilio, a company that delivered message services without being a carrier. As he learned there, if you have good data and a good algorithm, you can build a business.

They have also built relationships with a network of warehouses across the country, and as Krakaris pointed out, most warehouses have unused space. So based on their understanding of markets, they move goods to different parts of the country, store them in available warehouse space and use the warehouse’s own picking systems to grab the goods.

The big thing is that they integrate into the warehouse’s Warehouse Management System software, so that orders coming through their system will integrate with the warehouse’s, get picked, processed and put on a truck. The system also helps find the fastest, cheapest way to deliver the goods on time.

This involves two algorithms, an in-bound algorithm and an outbound one. “Inbound is when a merchant is getting started sending inventory into the Deliverr network. And so we’re doing a few things. If it’s a repeat item, we already have a demand graph for that item so we’re just optimizing that existing demand,” he explained. He says there is some common sense in that you’ll see certain items tend to be consistent throughout the year, but you don’t want to put warm jackets in Florida and California.

The other piece is outbound, figuring the fastest, cheapest way to deliver that item. They have relationships with a variety of national and regional carriers, and when an order comes in, they look at the inventory and location and figure out the optimal choice, based on price and ability to get there in the delivery window. Krakaris says they have a success rate of over 95%, which is near the top of the industry.

The company launched in 2017. They are serving thousands of merchants using data with just 60 employees. That’s a testament to the power of data and good algorithms.