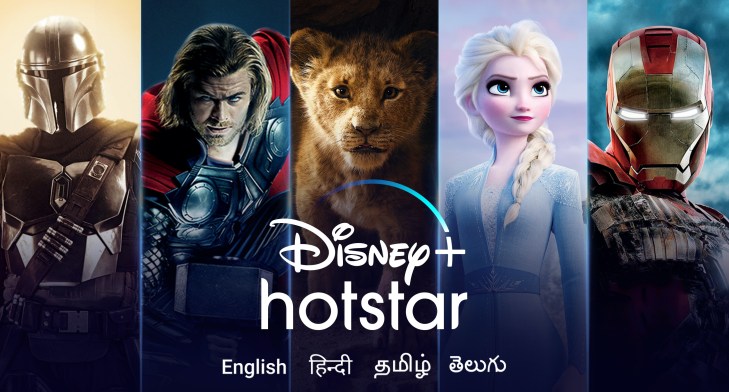 We finally know just about how many subscribers Hotstar has amassed over the years in India. “Approximately 8 million.”

Disney said on Wednesday that its eponymous streaming service now has over 50 million subscribers, nearly 8 million of whom are in India, where it launched its service atop Hotstar less than a week ago.

Five-year-old Hotstar is the most popular on-demand streaming service in India with more than 300 million users. The service and its operator, Indian network Star India, were picked up by Disney as part of its $71 billion deal with Fox last year.

For years, people in the industry have been curious about Hotstar’s premium subscriber base — to no luck. Most estimates have suggested it had about 1.5 million to 2 million subscribers. Executives at rival firms have expected that figure to be lower.

In fact, a months-long analysis conducted by one streaming firm in India concluded recently that there were 2 million paying subscribers for music and video services. So 8 million is a huge milestone.

But ARPU that Disney will clock from these 8 million subscriber is going to be far lower. Disney+ Hotstar is available in India at a yearly subscription cost of about $20. (That’s the revised subscription cost. Prior to Disney+’s launch in India, Hotstar charged about $13.) The service also offers a lower-cost tier that costs under $5.5 a year.

And for that $20 a year, subscribers of Disney+ Hotstar get access to a wide-range of catalog that includes access to Disney Originals in English as well as several local languages, live sporting events, dozens of TV channels, and thousands of movies and shows, including some sourced from HBO, Showtime, ABC and Fox that maintain syndication partnerships with the Indian streaming service.

“I think everyone is still trying to sort out the right pricing. It’s true the average Indian consumer is used to far lower prices and can’t afford more. However, we need to focus on the consumers likely to buy this, who have the requisite broadband access and income, etc,” Matthew Ball, former head of strategic planning for Amazon Studios, told TechCrunch in a recent conversation.

Disney+ competes with more than three dozen international and local players in India, including Netflix, Amazon Prime Video, Times Internet’s MX Player (which has over 175 million monthly active users), Zee5, Apple TV+ and Alt Balaji, which has over 27 million subscribers.

Most of these services monetize their viewers through ads, and have kept their monthly subscription price below $3.