With less than $7M in VC funding, the startup is beating Uber 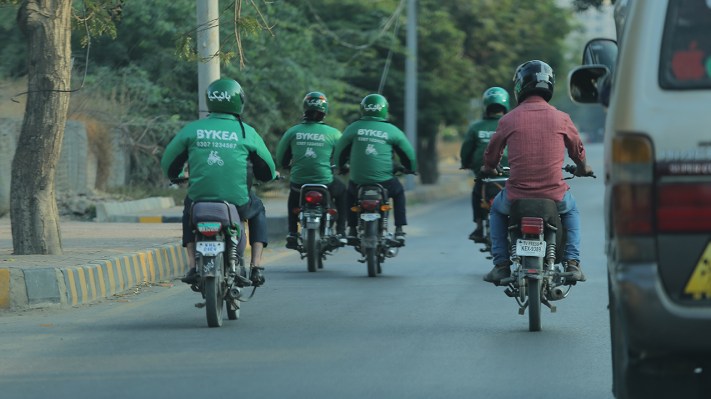 Increasingly, the streets of Karachi and Lahore are being flooded with men riding bikes and wearing green T-shirts, a writer friend recently told me. In a sense, these men represent the emergence of Pakistan’s tech startups.

India now has more than 25,000 startups and raised a record $14.5 billion last year, according to government figures. But not all Asian countries are as large as India or have such a thriving startup ecosystem. Long overdue, things are beginning to change in bordering Pakistan.

Bykea, a three-year-old ride-hailing and delivery service, today has more than 500,000 bikes registered on its platform. It operates in some of Pakistan’s most populated cities, such as Karachi, Lahore and Islamabad, Muneeb Maayr, Bykea founder and CEO, told TechCrunch.

Maayr is one of the most recognized startup founders in Pakistan, and previously worked for Rocket Internet, helping the giant run fashion e-commerce platform Daraz in the country. While leading Daraz, he expanded the platform to cater to categories beyond fashion; Daraz was later sold to Alibaba.