The fact that so many people are stuck at home makes for strange opportunities. Italy’s confined populace has taken to singing from the balconies — and now researchers are asking them to use those same balconies to help accomplish a bit of citizen science.

The project, created by the Italian National Research Council, aims to take widespread samples of light pollution in the country. The question of “light trespass,” or how much light from outside our homes reaches inside them, isn’t a particularly easy one to test without access to those homes. So they’re asking people to collect that information themselves. 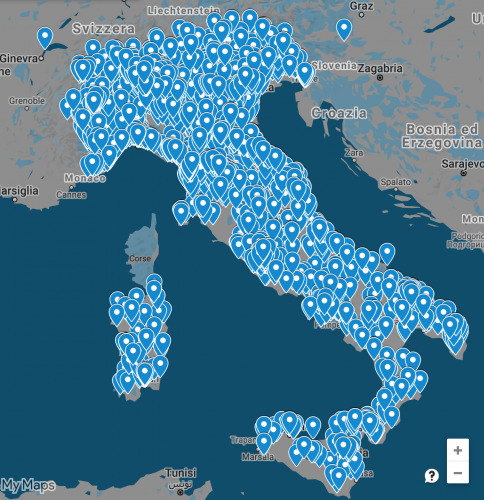 Using their phone and a special app, some 7,000 Italians participated in an initial run of the experiment two weeks ago. All they needed to do was turn off all the lights in their place, go to their window or balcony, and point their phone at the brightest light source they could see.

The resulting data showed that the average light trespass in Italian cities is nearly twice that of homes in the country — not exactly surprising, but it’s important for even supposedly obvious conclusions to be quantified and supported with evidence. Sure, it’s brighter in the city — but how much brighter? What type of light is it? More data means better understanding of even the most basic questions.

“With this experiment, we wanted to bring citizens closer to measurement techniques, to let them see the often complex process and allow them to participate in the scientific method,” Alessandro Farini, one of the organizers of the experiment, told Nature. (I contacted the researchers for more information but have not heard back.)

The experiment was so successful that #scienzasulbalcone, or “science on the balcony,” is having an encore — new measurements taken last week and a final one tomorrow night. The team issued revised instructions to its participants in order to better characterize the data they bring in.

Anyone interested in helping is asked to find a light bulb they can easily check the wattage on, then calibrate their phone by leaving only that light on and using their phone’s ambient light sensor to measure its output. This will help calibrate the system, since some phones are more sensitive to light than others. Once they’re done, they can make another measurement out their window or off the balcony, and submit that.

If you’re interested in taking part, you can find the instructions in Italian here; English instructions are here, but I don’t think it is intended to be a global effort just yet.