Motorola’s long been a kind of quiet workhorse on the mobile scene. Aside from the occasional razzle-dazzle of a Moto Z or Razr, the Lenovo subsidiary mostly trades in budget handsets. The G line is probably the best example of the bunch. The devices aren’t flashy and the specs are often a year or two old, but you can’t really argue with the sub-$300 price point.

To its credit, however, the brand does a solid job introducing compelling features into the mix, even while keeping the cost down. This morning, at an event in Chicago, Motorola introduced two new entries into the line: the Moto G Power and Moto G Stylus, which will run $300 and $250, respectively.

The devices are similar in a number of ways, including the addition of a macro lens, borrowed from last year’s Motorola One Macro. It’s a curious addition — one that certainly sets the device apart from a million other multi-camera systems. How handy a macro lens will be on a phone is another question entirely, of course — though the company is convinced that users will appreciate the option.

Certainly it will help mix up the photos they do shoot, moving from your standard shots of people and landscapes to flowers and food, I suppose.

Both products also sport beefy batteries — a longtime and welcome staple of Motorola’s devices. There’s a beefy 4,000 mAh battery on the Stylus and even more massive 5,000 mAh on the Power. Those are listed at 19 and 27 hours, respectively. Less impressive is the Snapdragon 665 processor found on each. It’s a cost-cutting measure, honestly. 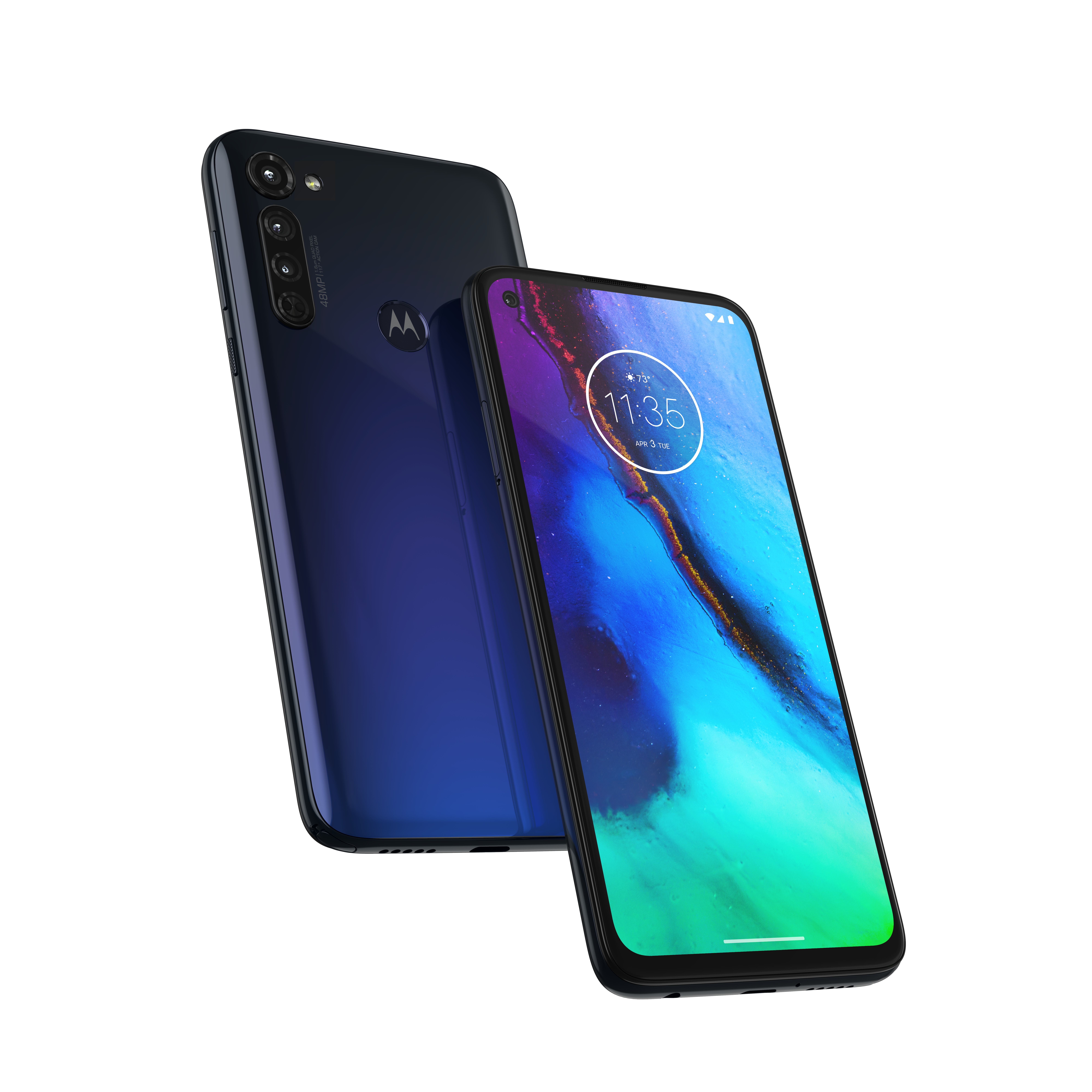 There are, after all, trade-offs to keeping budget phones budget — and Qualcomm’s decision to go all in on 5G for the 765 is no doubt going to sting some budget device makers. On the positive side of things, the headphone jack is still clinging on for dear life.

The biggest distinction factor between the two is, of course, in the name. Nearly a decade after Samsung proved that the world (or parts of it, at least) still wanted a stylus, the technology never really went mainstream. Sure, plenty of companies have tried it, but none found anywhere near the success of the S-Pen.

Motorola takes a cautious leap here with the inclusion of a stylus and the Moto Note app (which it tells me has cleared all of the legal hurdles in spite of sounding quite similar to an existing product). Perhaps there’s room for the tech at a far lower price point.

Another feature worth noting (as it were) was also inherited by the Motorola One line. The clever dedicated action camera allows users to shoot wide screen while holding the phone portrait mode. That way you can move the phone around with a single hand while shooting action scenes.

Both devices start shipping this spring.