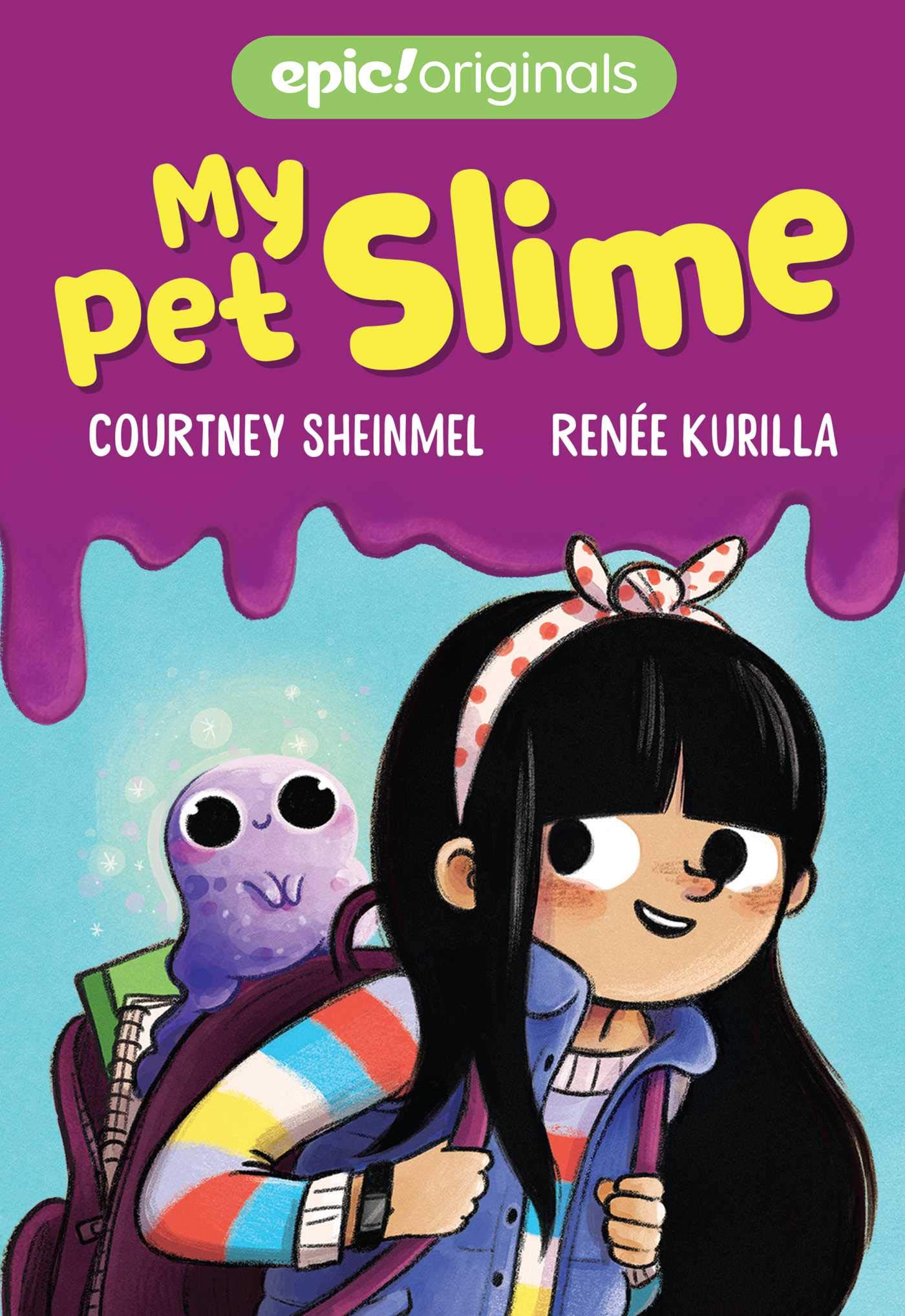 Piper Maclane wants a pet so badly, but she’s allergic to everything. So she creates her own . . . out of slime! From Epic! Originals, My Pet Slime is a sweet, slimy series about a girl who makes the most of a challenging situation and is rewarded with a bit of magic!

Piper wishes she could have a pet to care for and snuggle with and take to school for show-and-tell. All of the other kids have one. But she’s allergic to every animal imaginable! So instead, she makes her own pet out of slime, with big eyes, a little mouth, and two arms just long enough for hugs. It would be the perfect pet for Piper, if it were real. When a strange turn of events brings her slime to life, Piper learns how fun, challenging, and messy it can be to care for a pet . . . especially one made out of slime!

At the back of the book, learn about real-life slime and follow the recipe to create a “pet” of your own!

Courtney Sheinmel is a chocolate lover, a mac-and-cheese expert, and the author of over twenty highly celebrated books for kids and teens, including the middle grade series The Kindness Club, and the young readers’ series Stella Batts and Magic on the Map. For nearly a decade, Courtney has mentored teen writers at Writopia Lab, a non-profit organization serving kids ages eight to eighteen, and she received a National Scholastic Outstanding Educator Award. She lives in New York City.

Renée Kurilla has illustrated many books for kids, including Orangutanka: A Story in Poems by Margarita Engle, Chicks Rule! by Sudipta Bardhan-Quallen, and the Ada Lace chapter book series by Emily Calandrelli. Her picture book Right This Very Minute, written by Lisl Detlefsen, was selected as the American Farm Bureau’s 2019 Book of the Year. Renée has a BFA in illustration and diploma in graphic design from Lesley University College of Art and Design. She lives just south of Boston with her husband, daughter, and a plump orange cat who springs to life the moment everyone else falls asleep.