The productivity software space is filled with niche startups designing premium tools with very particular customers in mind. On the flip side, a growing class of startups is beginning to focus more on simplifying life for companies with subscription fatigue, offering more all-in-one platforms that handle several facets of workplace productivity.

ClickUp belongs to the latter camp, selling a $5 per month per user plan (billed annually), that people access to task management software, docs and wikis, chat, and integrations with a host of other popular tools. It’s a robust set of tools that is malleable depending on the task at hand.

The startup tells TechCrunch that they’ve closed a $35 million Series A round led by Craft Ventures with participation from Georgian Partners. Craft’s David Sacks is joining the company’s board as part of the raise.

This is the startup’s first outside capital. Evans says the startup will use the funding to begin paid marketing and localizing the product to different languages and user geographies. Furthermore, the company’s leadership is looking to scale the team aggressively, hoping to grow from its current staff of 100 to 500 employees by year’s end. 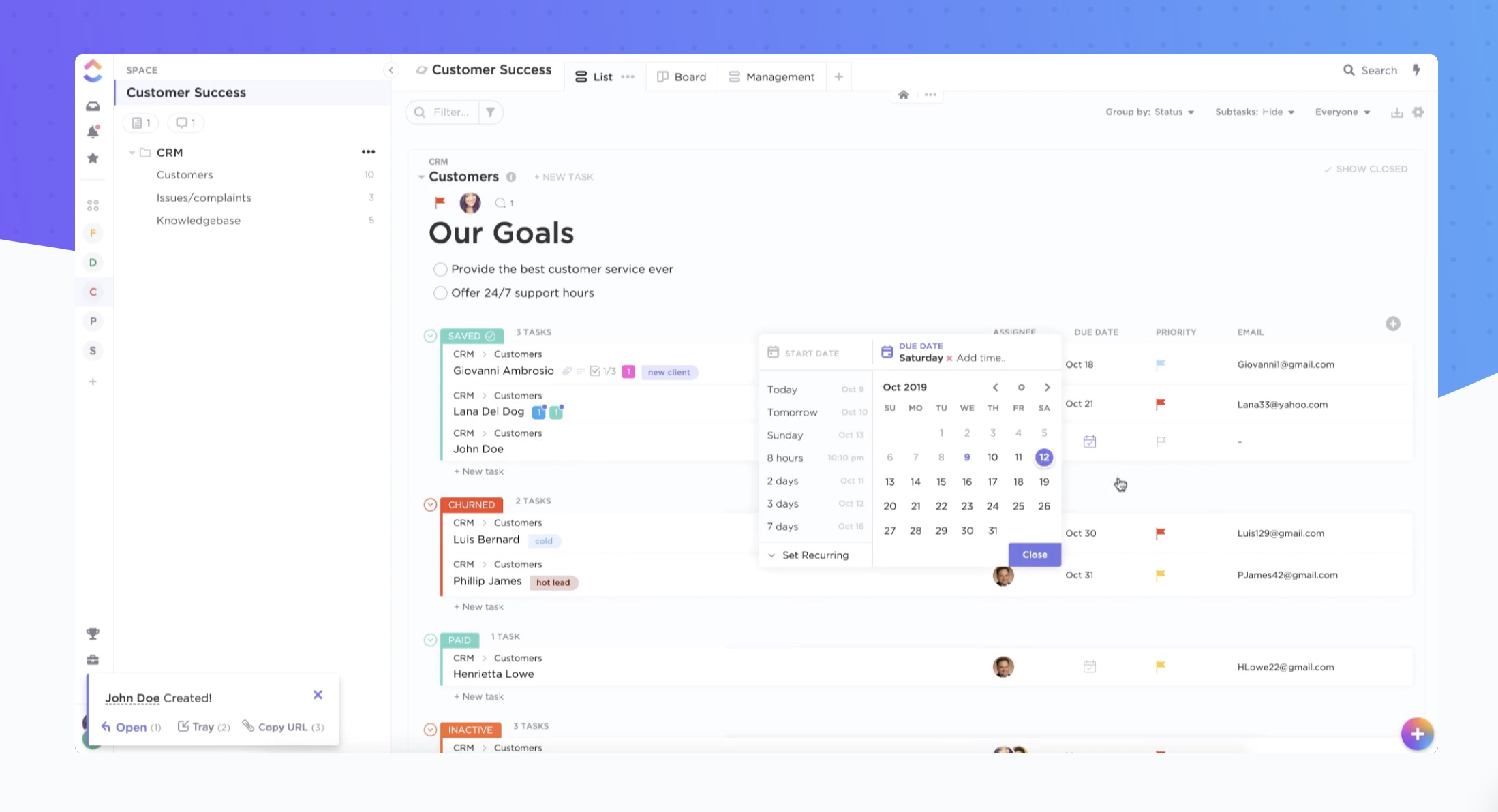 The startup prides itself on iterating quickly and offering customers new features on a weekly basis, an element of the culture that Evans hopes it can accelerate by expanding the team. Today, the company is showcasing Remote Work OS, a bundle of tools that gives users a better snapshot of what everyone’s working on and how that work fits inside broader company goals.

The platform joins a host of other bottom-up productivity suites aiming to infiltrate companies one team at a time before scaling across them. Evans says the company has more than 100,000 customers and “millions” of users. Some of the teams currently using ClickUp sit inside orgs including Google, Nike, Uber, Airbnb, Netflix and Ubisoft.

On the pricing side, the company offers a free plan with limited storage and a $5 per month per user unlimited plan. From there, the startup offer features like single sign-on and automations inside a $9 per month per user business plan (also billed annually).